NEVER BEFORE PUBLISHED stories by some of the best storytellers around 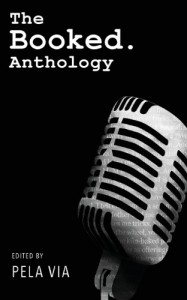 There’s a loose “neighborhood” of writers that seem to come together, rather organically, to work on shared projects over and over again. First, there was The Velvet, an online forum that brought together many burgeoning writers with tastes for the noir, lushly descriptive, crime story. Relationships formed. That—still evolving—group then went on to be (and concurrently were) involved in projects like the Warmed and Bound anthology, The Velvet Podcast, and Manarchy Magazine. Other simultaneously evolving neighborhoods bred with The Velvet (Thunderdome, The Booked Podcast) until a solid, often unified, though rarely dignified, group of creators…well, just kept creating. There’s never been a single mantra. Never a single project. There’s just the many products seem immaculately conceived. The Booked. Anthology is one of those projects.

There are so many writers in here whose stories I always anticipate. I won’t name them all, as it would basically be a verbatim transcript of the table of contents. Rather, I’ll mention a few writers I was either unfamiliar or not very familiar with prior to reading The Booked. Anthology.

Mark Rapacz – I heard Mark read a few years ago at the Billy Goat Tavern in Chicago. His first novel, Buffalo Bill in the Gallery of the Machines, was just released by Burnt Bridge books. Me, not being a fan of Western books (nor being a fan of live readings, really; I don’t have the attention span for audio stories) unfairly considered Mark “just another of the night’s readers.” But his The Booked. Anthology story, “Manager Dog,” stands out as a great example of a writer’s confidence (re: readability) bringing life to a story.

Also, well, crap, actually I’m pretty familiar with everyone else in this anthology. So, I guess Mark gets all of the fame in this review.

Definitely pick up the anthology. These are all NEVER BEFORE PUBLISHED stories by some of the best storytellers around. If you’re in to noir, slipstream, dystopian, and sometimes just plain weird, you’ll like this book.

(disclosure: my story, “The Removal Kind,” appears in The Booked. Anthology) 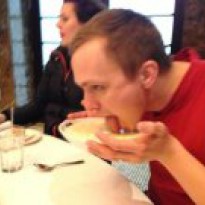